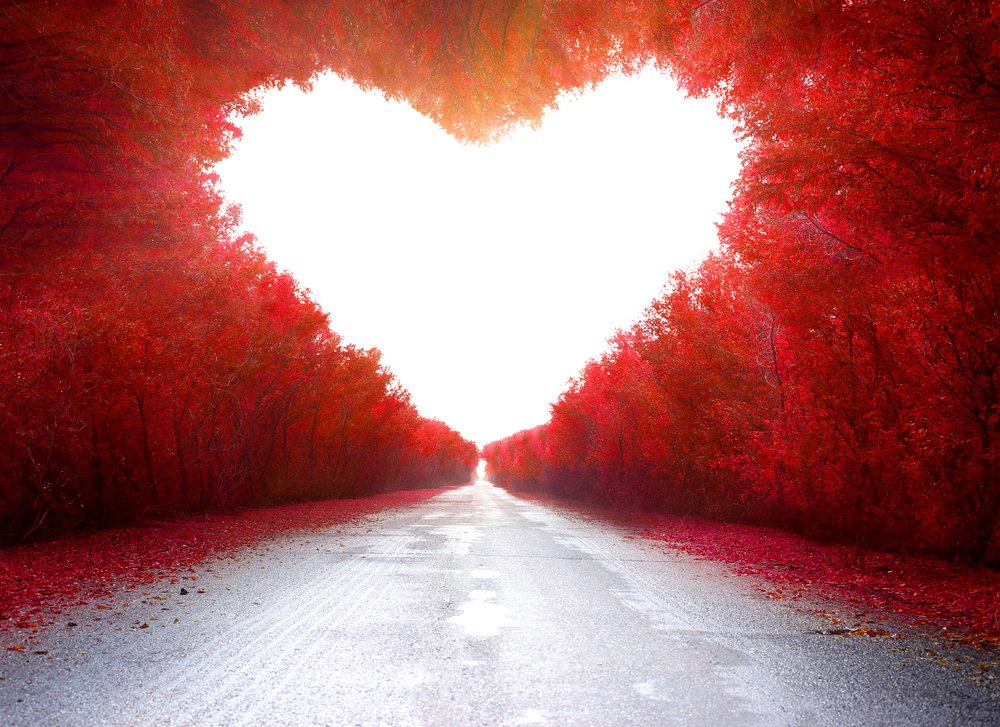 Once upon a time there was a couple. Let’s call them Andrea and John. They fell in love after meeting online. They had both had previous relationships that hadn’t worked out, and had been looking for each other. As soon as they met, it felt right, even fated. Andrea appreciated the obvious cherishing coming from John. John appreciated Andrea’s care and acceptance. They dated for a while, and fell more and more in love with each other. Whenever they were together, they felt better. They were able to talk about anything and everything with each other. They felt mutual support. They felt that high with each other that comes with a new relationship. Each discovery of the other made them more appreciative that this person was the right one for them. They each felt that they had met their life partner. And so they married.

During the first three years of their married life, they settled into each other. They snuggled together in bed every night. Andrea made John coffee in the morning and often brought it to him as he was waking up. John made it a habit to text Andrea each day at lunch and tell her that he was thinking about her. Each evening, they would prepare their meal together and banter. Andrea laughed frequently, and John loved to see her laugh, and laughed himself more than he ever had. They considered themselves a team. They also learned about each other’s triggers and each other’s obstinacies. John hated being interrupted. Andrea hated being criticized. They learned to navigate each other’s tender spots with tenderness. They felt that this deeper knowledge of each other’s vulnerabilities made them closer.

They made a pact that Valentine’s Day would be a day to take stock of their relationship. What had gone well between them the previous year? What hadn’t gone so well? What were their wishes for the next year as a couple? How could they get there? What were their heart’s desires as individuals? How could they support each other? John would bring Andrea a dozen deep red roses and tell her how much he loved her and Andrea would kiss him deeply and with appreciation. Then they would pull out their special journal and write down their wishes and desires. They would also look back over their previous years’ entries and take stock of how they were doing. Life seemed very good.

As usually happens with couples, this idyllic time did not last, and difficult times came. John lost his job. Andrea’s mother became ill. They tried to stick to their routines of connection, but as Andrea’s mother declined further and their savings went down, Andrea started snapping at John over little things. John would get overwhelmed and feel bad about himself. He was doing the best he could. Andrea seemed so stressed that it was hard to communicate with her about anything without her going over the deep end, as he saw it, and so he withdrew. Andrea was then at her wit’s end – where was her partner? But her mother was dying and she was stressed, and she had no extra energy for softening her interactions with John. She felt alone and that John was not pulling his fair share of the partnership. John felt alone and that he had lost his supportive partner.

That Valentine’s Day, John brought Andrea a dozen deep red roses, but Andrea turned away without speaking and retreated to the bedroom, closing the door behind her. John slept on the couch that night – the first night they had ever slept in separate beds since they had been married. Andrea was aggravated that John had no perception of her very stressful reality. She didn’t want roses – she wanted John to start generating income! She especially did not want to lose her mother, but this thought was so excruciating it remained buried. She felt very stuck. John felt shame at his failure to find a job, and didn’t know how to satisfy Andrea. He didn’t know what to do, and felt very stuck.

He pulled out their Valentine’s Day journal the next day (needless to say, they had not worked on it together the previous day) and looked back over their previous entries. What he read made him cry. They seemed so far away from their previous relationship wishes. He didn’t know how to get back there.

The next day, Andrea flew out to see her mother. Her trip was “indefinite,” she told John. She didn’t know it at the time, but her mother would be on hospice soon. She seemed frozen as John drove her to the airport and kissed her goodbye.

Time passed, as it does. Andrea’s mother died, and John joined her at the funeral. John found another job. They limped along as a couple. Valentine’s Day rolled around again, and this time, Andrea pulled out their journal and cried. She and John seemed so far away from their previous relationship wishes.

All couples encounter critical times along the way, times when repair or distance is chosen – through words, through silence, through an action, through inaction. A relationship is always affected by this choice. This happened to be one of those times for Andrea and John.

That evening, when John arrived home from work, Andrea met him at the door and handed him a dozen deep red roses. John, surprised, gave Andrea the ones he had bought her. They held sustained eye contact for the first time in a long time, and then gave each other the first tender kiss they had given in a very long time. They went arm-in-arm to the kitchen, where they prepared a meal together almost like old days. As they ate, John noticed the Valentine’s Day journal on the counter and raised his eyebrows. Andrea responded by nodding her head. After dinner, they looked through the old entries together and held each other. Then they took stock of their relationship, using their same questions. What had gone well between them the previous year? What hadn’t gone so well? What were their wishes for the next year as a couple? How could they get there? What were their heart’s desires as individuals? How could they support each other?